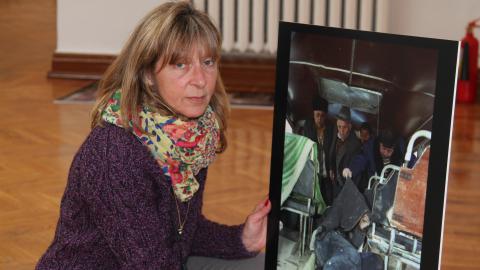 Frederique Lengaigne is now a documentary film-maker, but in 1992 she was working for the Reuters agency in Moscow, photographing the collapse of the Soviet Union. With the outbreak of fighting in Nagorno-Karabakh she travelled to Azerbaijan and was in Aghdam at the end of February.
She witnessed and recorded the influx of bodies and refugees from the town of Khojaly, following the bloodiest night of the war, after which 613 men, women, children and babies lay dead and the fates of 150 others are still unknown.
The New York Times in its article of “Massacre by Armenians being reported” of 3 March 1992 cites her accounts as saying that near Aghdam she had seen two trucks filled with Azerbaijani bodies. The article further quotes her:

"In the first one I counted 35, and it looked as though there were almost as many in the second," she said. "Some had their heads cut off, and many had been burned. They were all men, and a few had been wearing khaki uniforms." 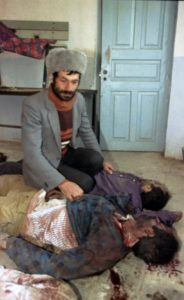 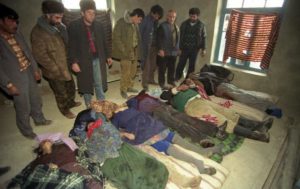 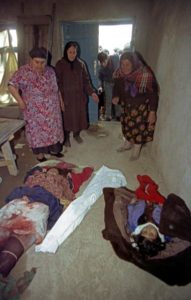 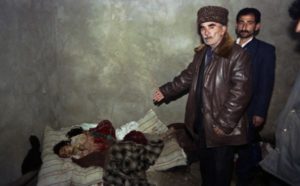 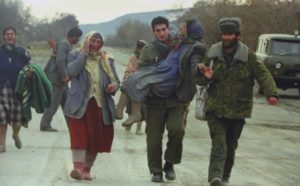 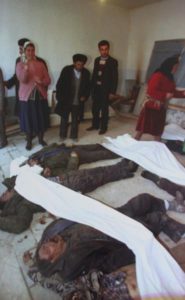 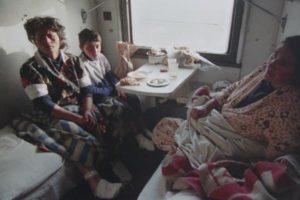 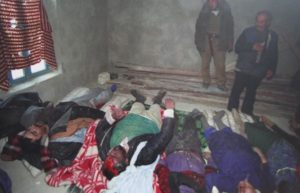