The world has become my country. I travel around it as a photographer and witness the way it drifts between war and peace. My home base is Paris, but I bear witness to the wounds of our humanity as a whole. Since 1987, when I first went to Baku, I have visited Azerbaijan several times as a photojournalist.
I’ve covered the decisive, tragic moments in the history of the country for the international media, including Black January in 1990, the Armenian-Azerbaijani Nagorno-Karabakh conflict and the massacre in Azerbaijani town of Khojaly in 1992. A few years later, while on an assignment for the National Geographic Magazine, I spent some time investigating the troubled lives of refugees and displaced persons, among other topics.
I have often returned to Azerbaijan as an observer and witness of a country undergoing rapid change. In every village, town, and city I traveled through, I noticed the presence of a place of remembrance, often to mark the memory of a tragedy. In The Massacre of Innocents, I wanted to pay tribute to these women and men, all powerless victims of the geopolitical chessboard. 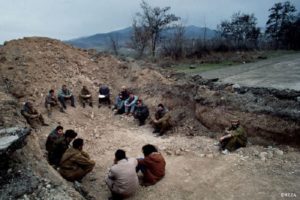 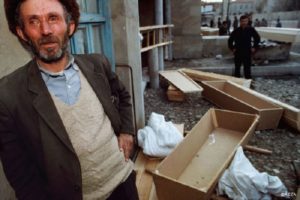 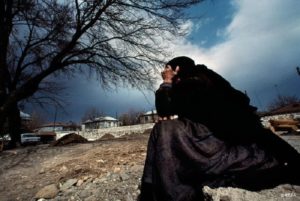 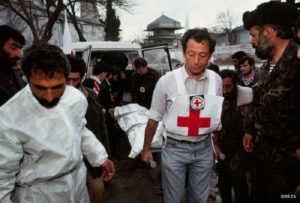 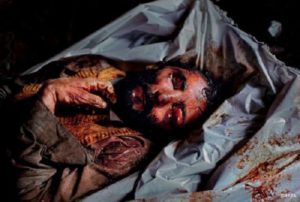 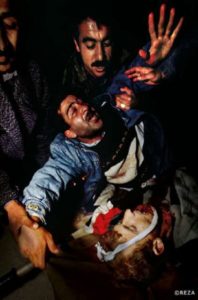 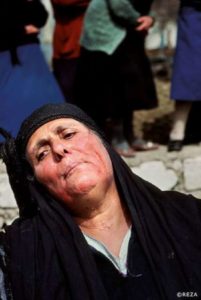 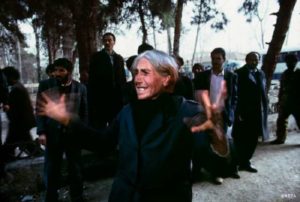 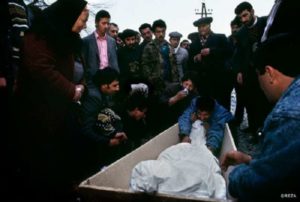 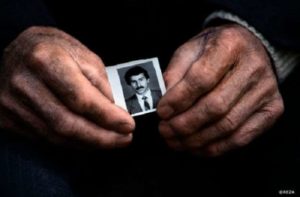